Colors That Go With Royal Blue

Unlike the primary color blue, royal blue has the addition of red or purple. It is often confused with navy blue, however it is a bit lighter. Learn how to design with it to create beautiful, stylish, and well-balanced color combinations.

What is the Psychology of Royal Blue?

The color royal blue has a bit more energy than primary blue since it has the addition of red in its undertones. In small amounts, royal blue, like blue, can be serene, eliciting calmness. It is a popular choice in hospitals because it promotes calm and trust. However, royal blue can also have the opposite effect.

Large quantities of royal blue can create feelings of sadness. Furthermore, royal blue is the least appetizing of the colors because it rarely occurs in nature and is often associated with poisonous foods.

What are the Best Ways to Use Royal Blue in Your Home?

Avoid painting dining rooms or kitchen walls royal blue, as the color can be an appetite suppressant.

What Colors Go with Royal Blue?

Royal blue is a dark shade of blue but lighter than navy blue. It can be welcoming and calming. It can also add a bit of energy to a room since it has red undertones. However, it should be balanced with other colors in order to avoid creating negative emotions.

Royal blue and pink are a bold combination. They both have red undertones, which give them lots of energy together. Using paler shades of pink such as blush on the walls will help soften and balance royal blue furniture. For more eye-catching spaces, try adding brighter pink accents such as throw pillow or blankets to royal blue furniture. 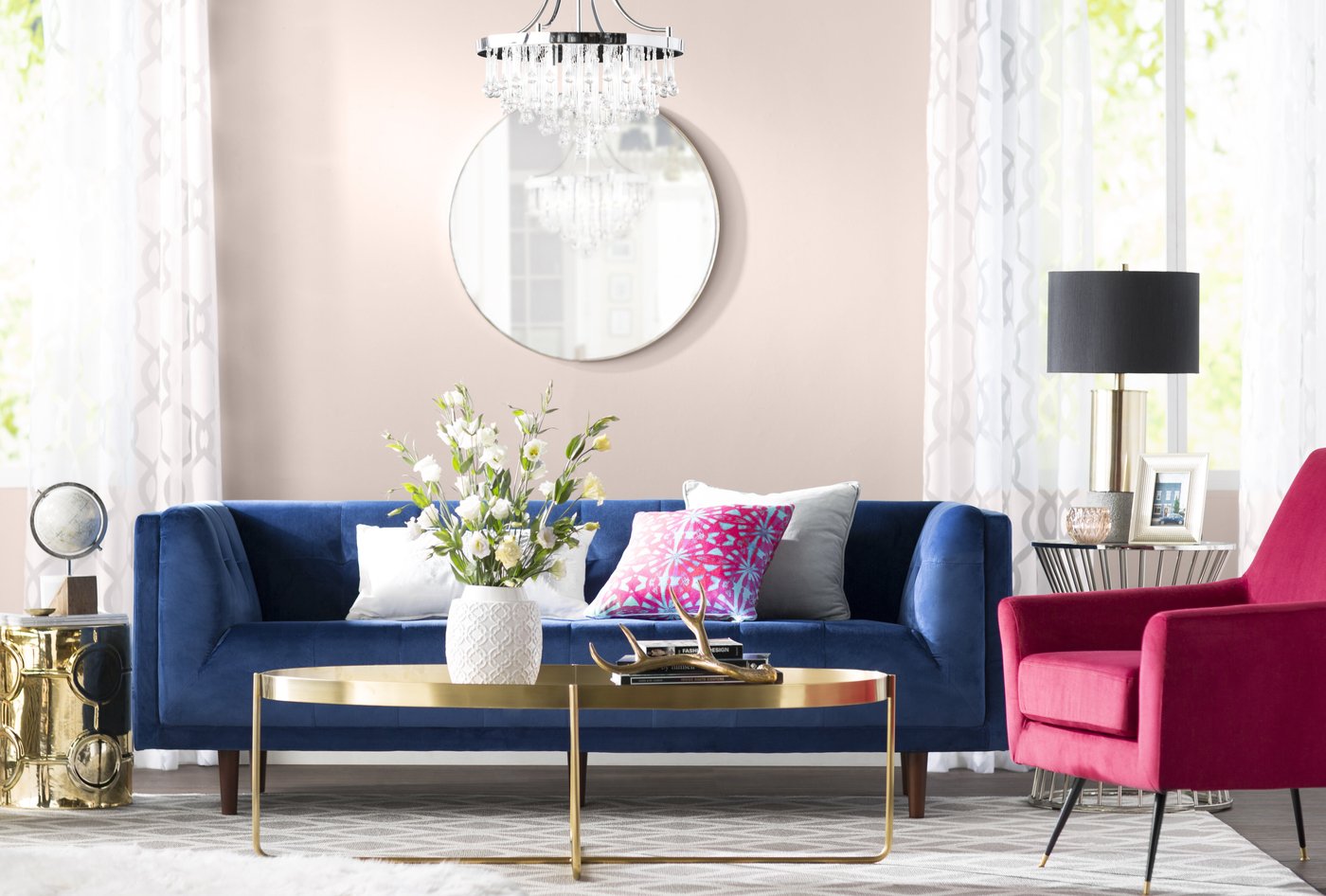 Royal blue and white are a hard combination to get wrong. Use royal blue on a few selected pieces of furniture, balancing it with white accessories. To warm up the room, add in a 3rd neutral color such as cream or light gray. Try using the warmer neutral on the walls to provide a nice foundation for the cooler tones of royal blue and white. 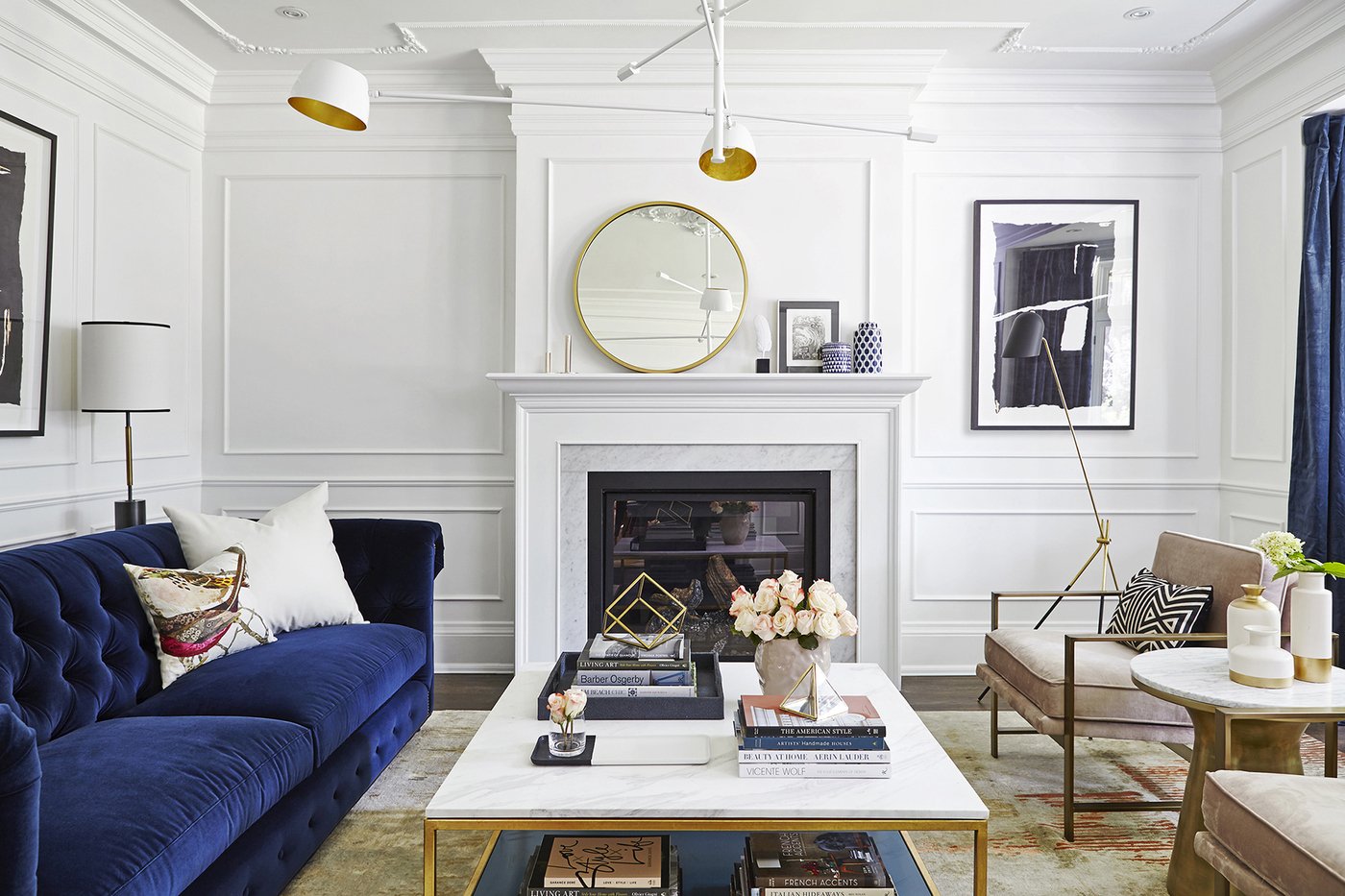 As complimentary colors, royal blue and yellow are a natural pairing. However, they are both vibrant colors so they must be balanced correctly in a room. The secret to combining these colors is to use them both as accent colors. Use the 60-30-10 rules. Start with a neutral color at 60% then add in royal blue at 30% and use yellow as your accent color at 10%. 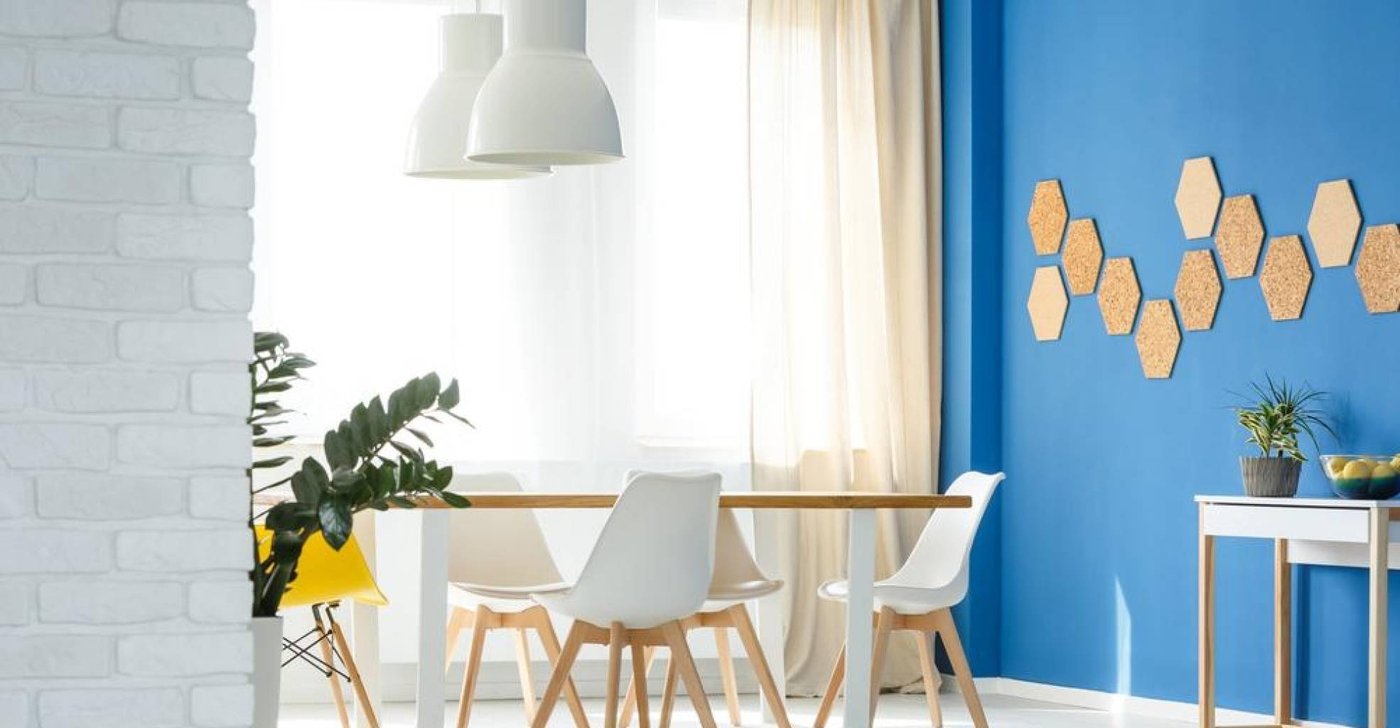 Royal blue has just enough vibrancy to contrast the rich tones of dark brown.  In rooms with dark brown wood furniture, try painting the walls royal blue. The royal blue will help visually brighten the space. Mix in lighter accent colors to keep the room from feeling too heavy. 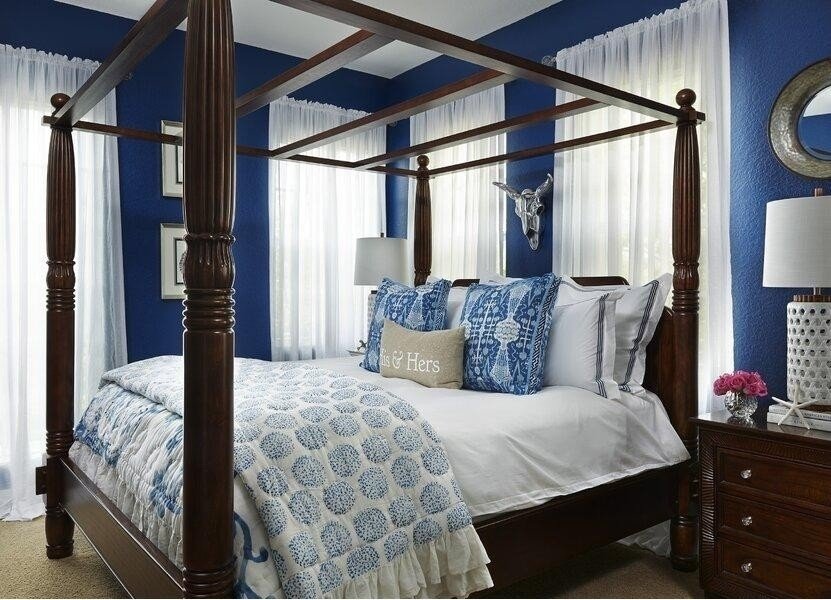 Royal blue and teal are a fun yet sophisticated color combination. However, the two shades of blue can compete with each other to overwhelm a room. Use the 60-30-10 rules to make sure you strike the right balance. Start with warm neutral colors at 60% then add in royal blue at 30% and use teal as your accent color at 10%. 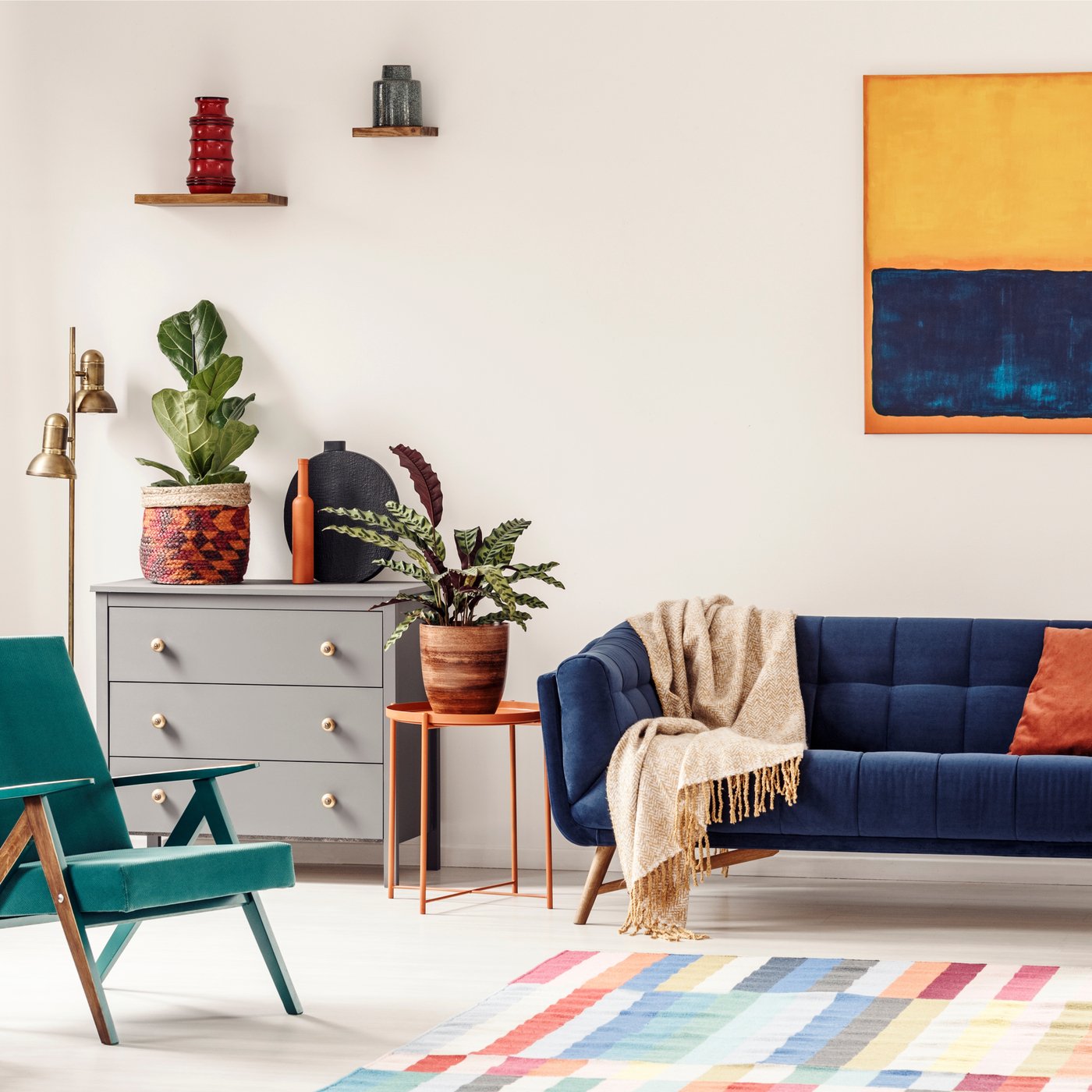 Royal blue and green are analogous colors. Balance the richness of royal blue with lighter non-vibrant shades of green like sage or olive to create a soothing combination perfect for a bathroom with wooden furniture. Use green as your foundation color for the walls or main pieces of furniture. Add accents of royal blue in the room's accessories. 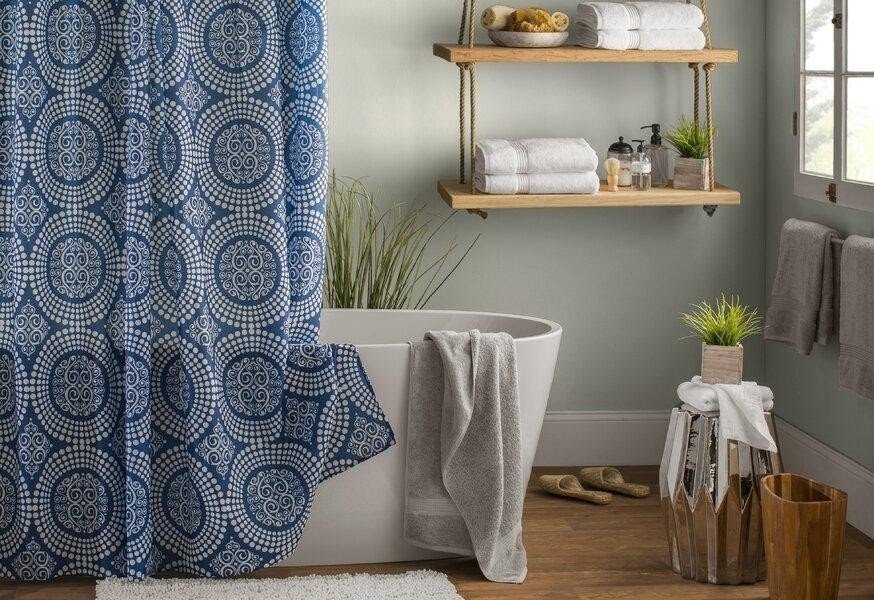 Like other shades of blue, royal blue and red create a nautical feeling spaces. Mix them with other neutral colors like tan or white to round out a space. You may select one color to use in the larger pieces of furniture. Or layer both colors in the accessories such as throw pillows, blankets and small accent furniture. 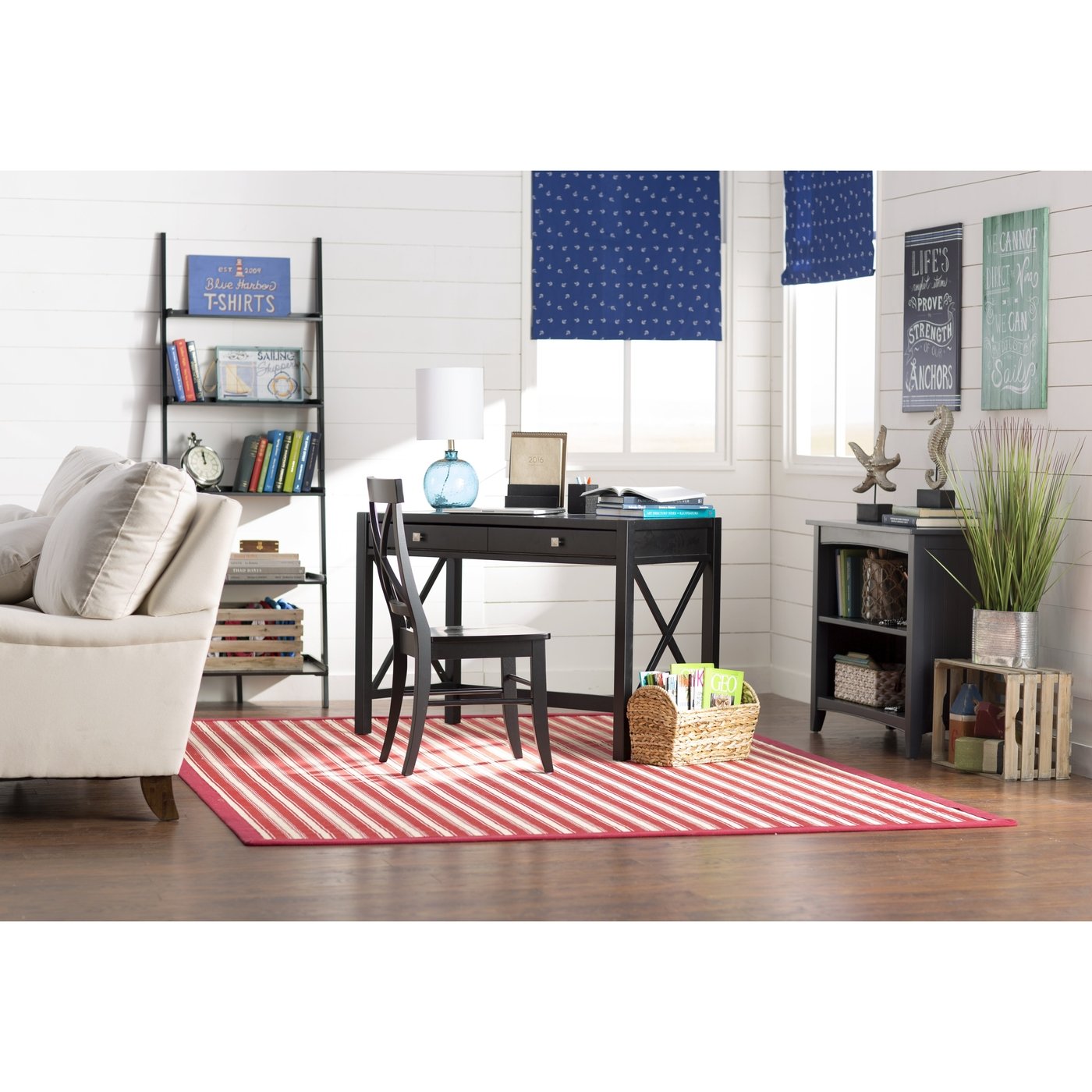 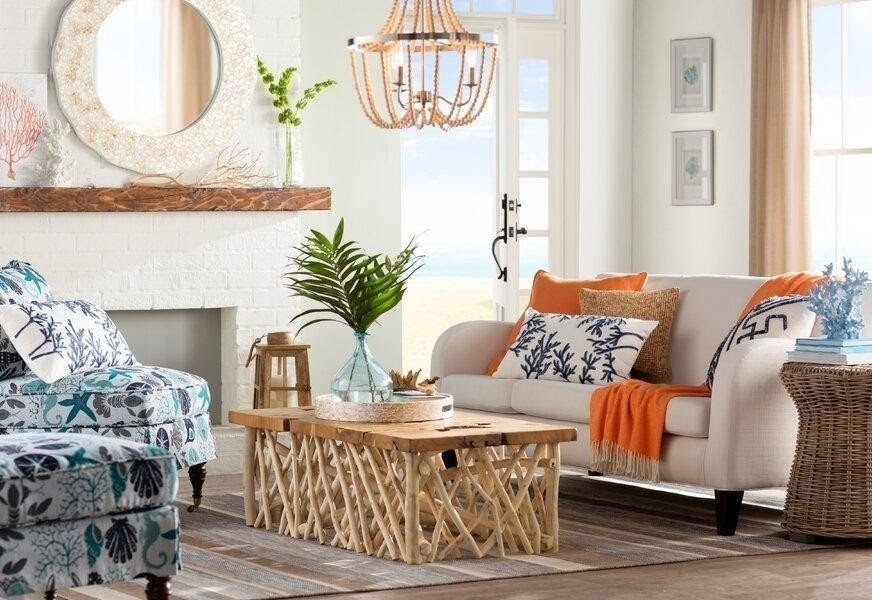 Royal blue and black are a deep, rich pairing. It is important to keep these two colors well balanced in a room with other neutrals. Royal blue adds a bit of brightness to contrast the darkness of black. Alternate the colors on larger upholstered pieces or add royal blue accents like throw pillows to black furniture. 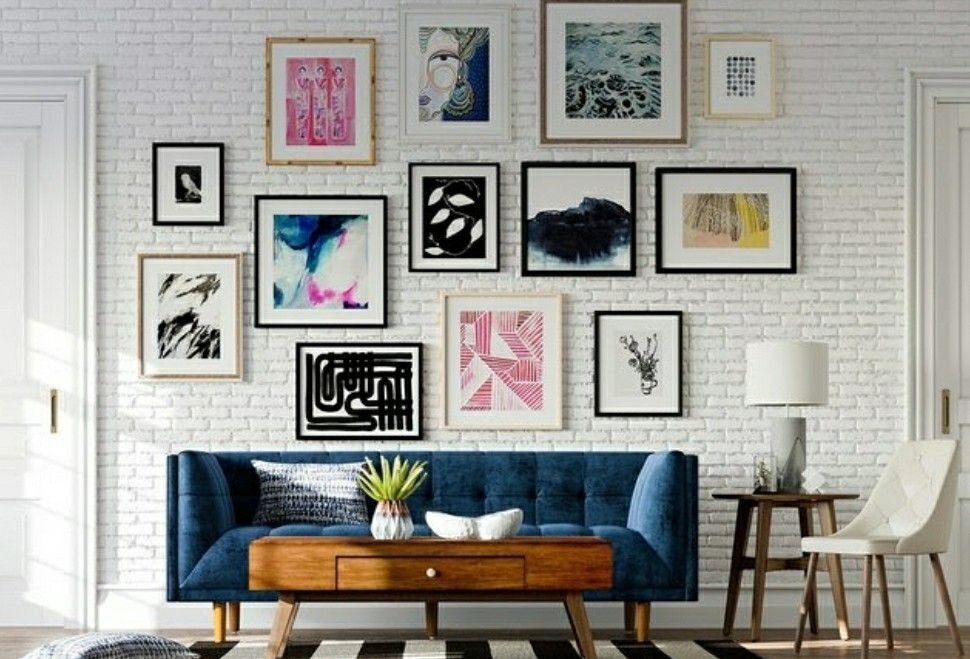 Create a serene yet visually interesting space by combining royal blue and tan. Use tan furniture such as natural wood furniture and neutral colored walls for the majority of the room. Add in accents of royal blue. Painted furniture is a fun way to incorporate color and add depth to the space. 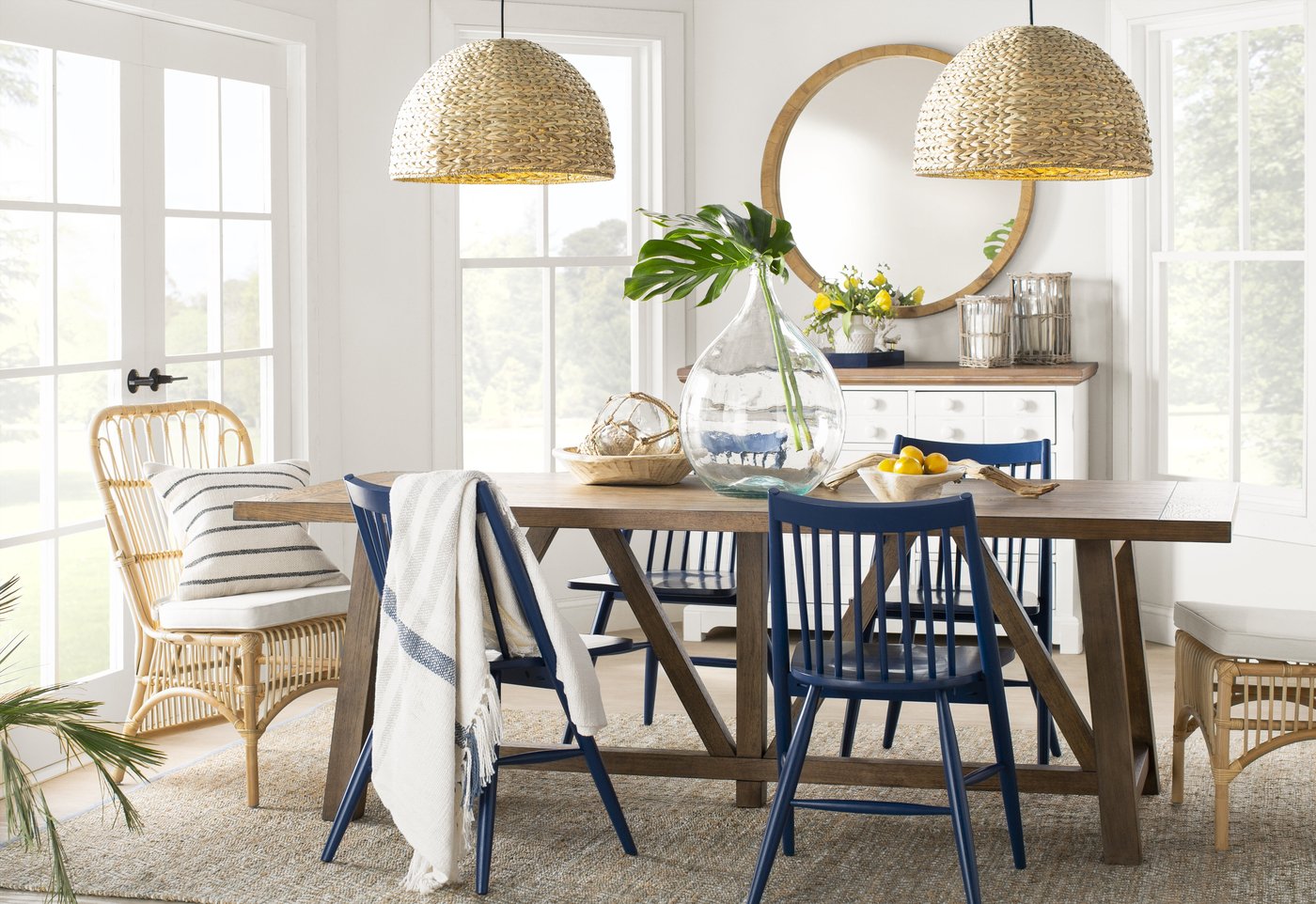 If you want to learn more about perfect color pairs, read about the color combination.

Caroline is a young, New York-based interior designer and home decor writer, obsessed with textiles and designer furniture. Backed with rigorous training from a prestigious design school, as well as a profound understanding of material quality and fabric care, she offers spot-on advice on how to furnish your place with reliable, functional, and aesthetically pleasing pieces.

Decorative Plates To Hang On Wall

Glow In The Dark Wall Clock

Want up to 80% OFF exclusive offers? Check The Sales