How To Choose A Rocking Horse

Rocking horses have long been around as the favorite kids toys. As a matter of fact, they arenot just for entertainmnet. Ride-on toys allow children to improve their basic coordination skills and develop their imagination.

What's the history of a rocking horse?

Rocking horses have been treasured toys for youngsters since the 17th century. It is believed that the idea of rocking horses originated with the hobby horse, a stick with a horse’s head.

Children would place the stick between their legs and pretend to ride. Eventually, someone got the idea of putting rockers on a log and making it into a horse. However, this design had an unfortunate tendency to topple over.

Soon, however, someone had the idea of making the horse’s body hollow, more like a small barrel. This led to adding a secret compartment in the horse’s belly where family treasures could be hidden.

Queen Victoria loved rocking horses. By the time of her reign, the horses had been placed on bow rockers because these were considered to be the safest.

The longbows helped prevent rocking forward or back too far, and the curved rockers could be reinforced with stabilizing bracers. The carved horses in the Buckingham Palace collection include several dapple grays because these were the queen’s favorite horses. 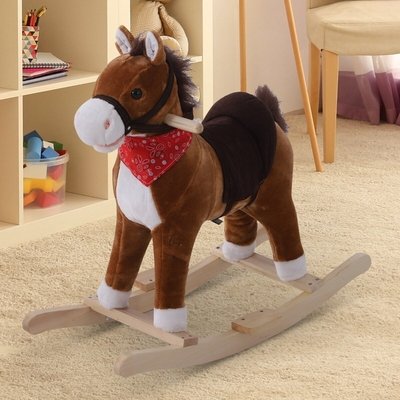 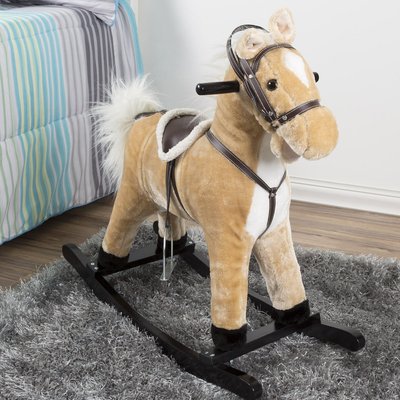 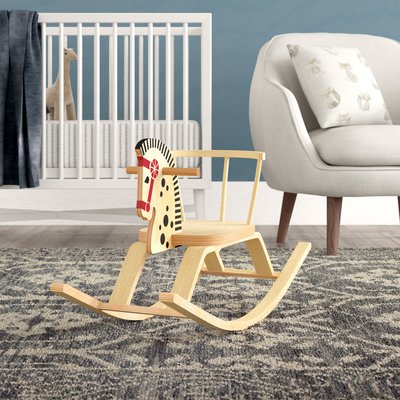 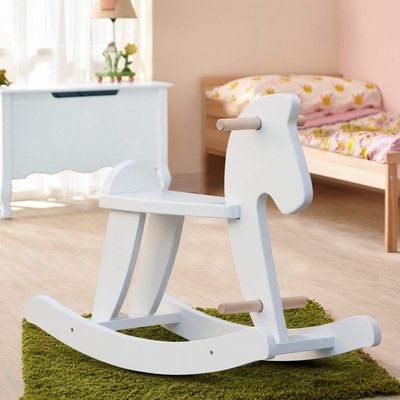 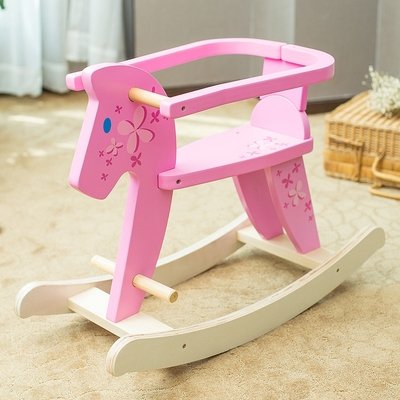 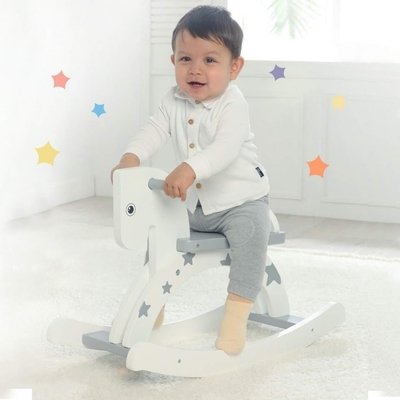 By the 19th century, someone got the idea of putting wheels on the horses, and as bicycles took off as alternative transportation, pedals instead of just foot power. In 1858, Philip Marqua developed a design for a spring rocking horse and registered the patent.

Toy manufacturing was set aside during the two world wars, but resumed during the 1950s. Wonder Toy Company developed a horse made of molded plastic to use with the spring platforms. These horses provided many children with hours of fun. 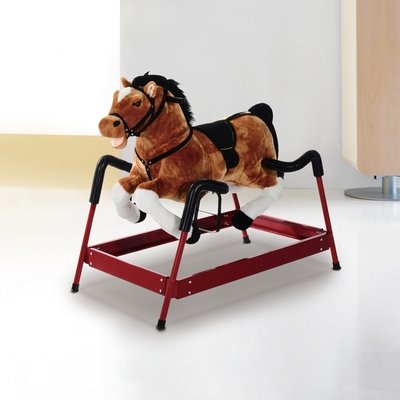 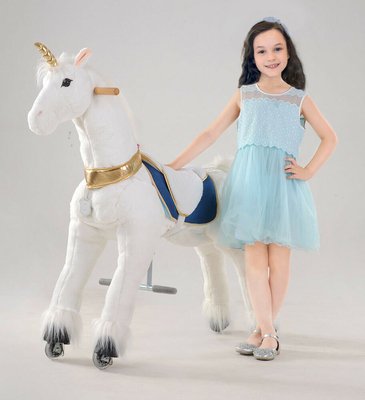 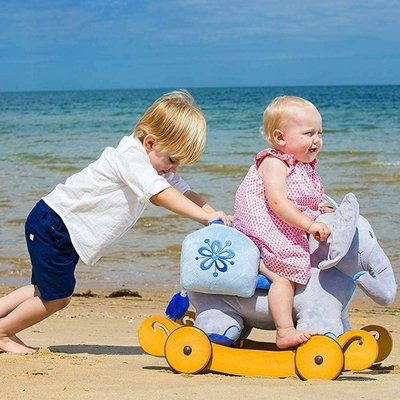 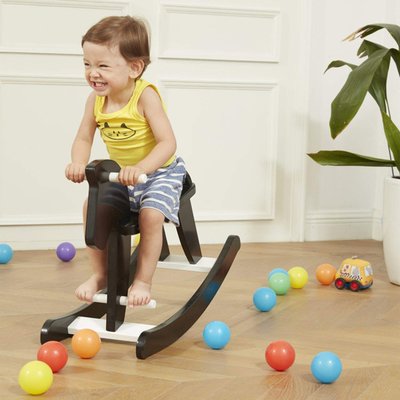 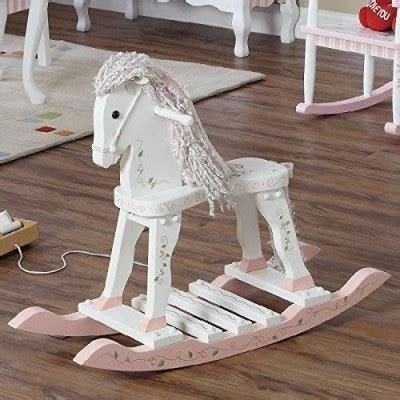 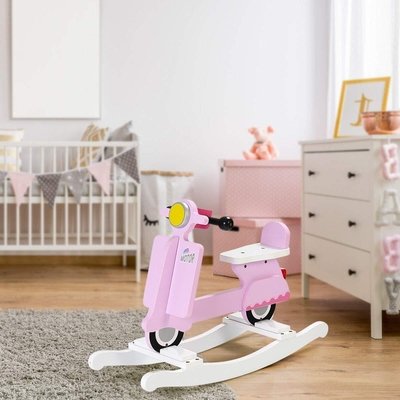 Today, you can buy a wide variety of rocking horses. Some will have long wooden rockers, just like a traditional rocking chair. Others are mounted on springs, using variations of Marqua’s original design.

Designs for younger children are smaller and are set up for toddlers to be able to mount the horse and ride with only a minimal distance to fall.

The steeds themselves have developed some changes. They might be elephants, giraffes, lions or even unicorns. Or they might not be horses at all, but instead a variation of the Russian swan sleighs or even a rocking airplane!

Instead of being plain wood, they are often plush fabric on a framework, creating a cuddlier, friendlier toy for little ones. You can still get the molded horses on springs. 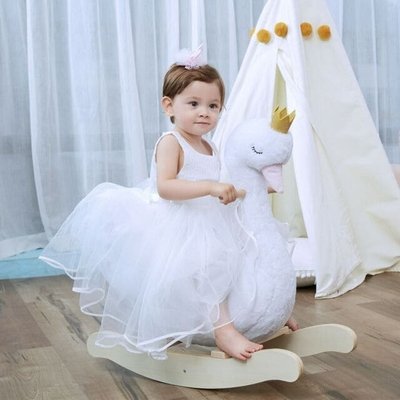 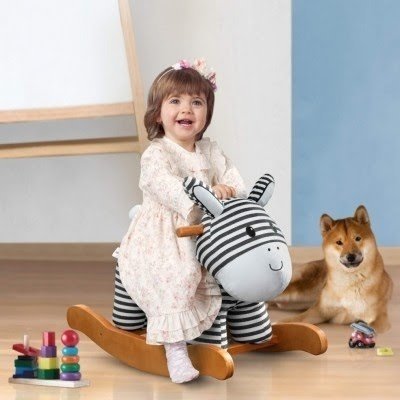 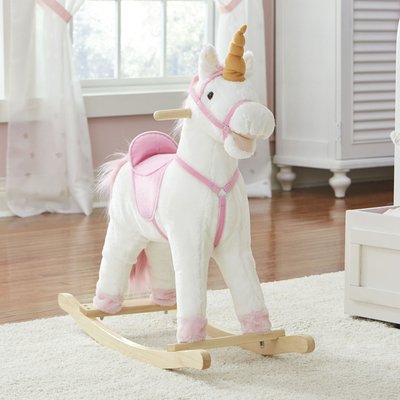 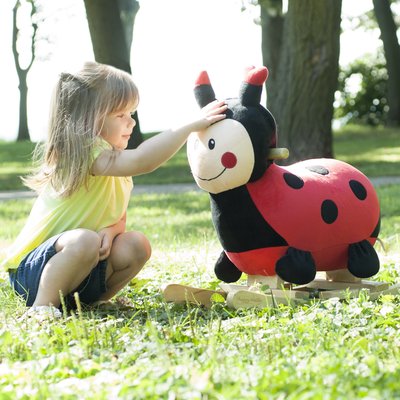 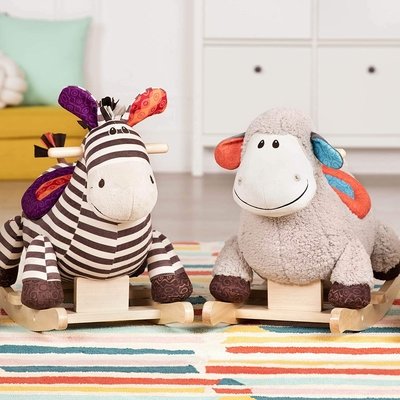 What type of rocking horse stand should you choose?

The most common types of rocking horse stands are the swing stand and the bow stand. 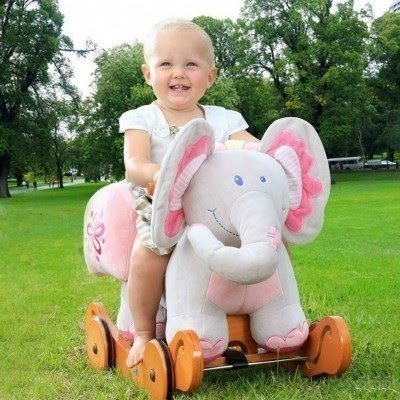 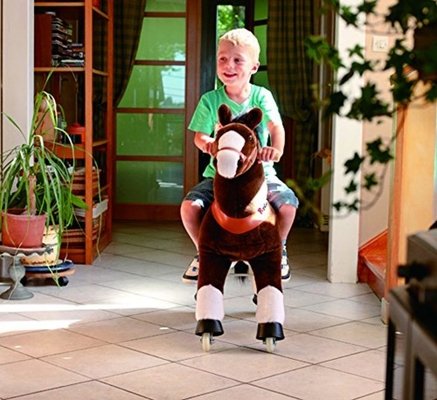 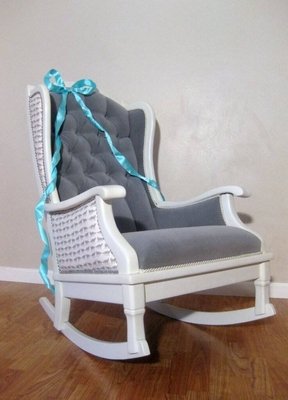 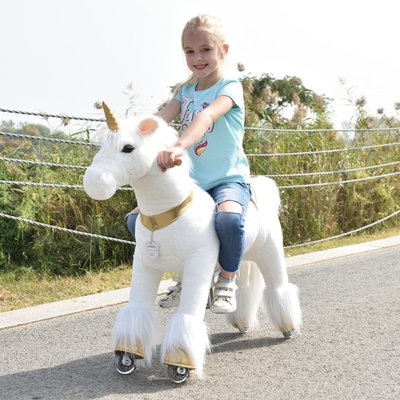 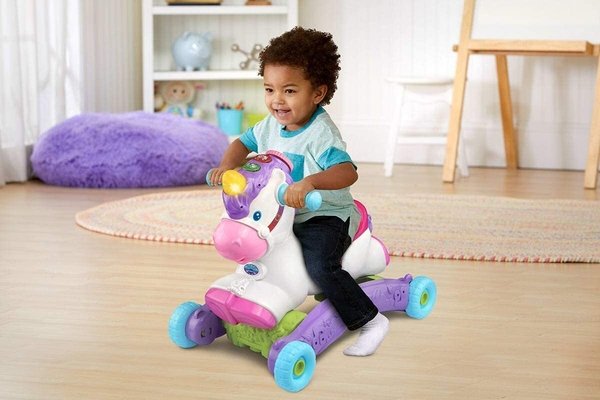 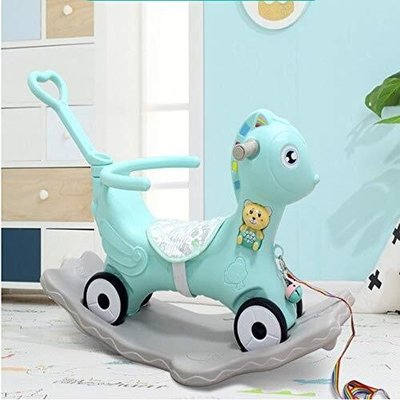 How to get the best rocking horse for your child?

When buying for any child, of any age, think about what the child likes. Consider your child's favorite things. If your kid loves stories about horses, old westerns or even knights in shining armor, then a rocking horse might be perfect. But if your youngster thinks more of African safaris or journeys into fantasy worlds, then an elephant, giraffe or unicorn might be preferred. 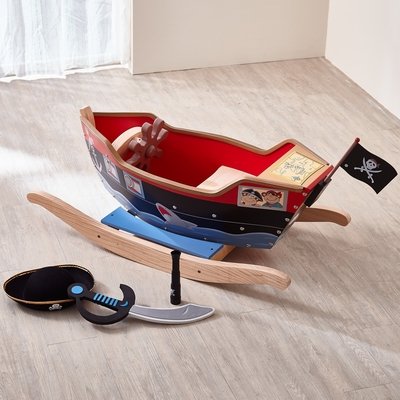 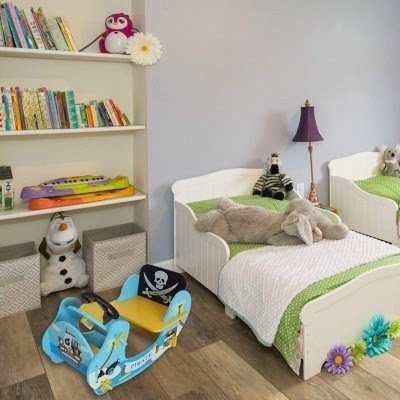 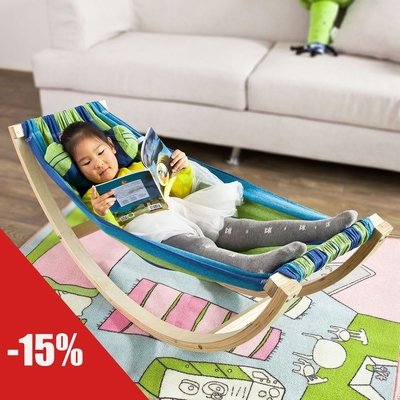 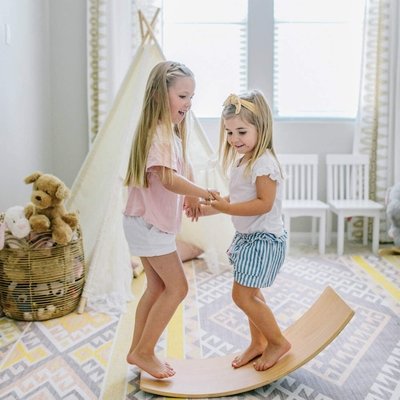 How to make sure a rocking horse is safe for your child?

As with all children’s toys or furnishings, safety is a consideration. No one wants their little ones to wind up in the emergency room because of an injury resulting from play with their favorite amusement. One would think that someone in the business of making toys would focus on child safety, but such is not always the case.

Even when it is, there is also age appropriateness to factor in. A toy that is wonderful for a six-year-old, might be dangerous for a toddler.

With that in mind, here are some things to watch for when buying for youngsters:

Eliza is a creative interior designer who swears by the power of sleek interiors and quality furniture to transform daily personal and professional life. With a B.Sc. in interior design from Philadelphia University and a well trained eye for craftsmanship, she offers unparalleled advice on how to arrange your space to make it sophisticated, comfortable, and functional, whether it’s the office or bedroom.

Round Table And Chairs For Kids

Toddler Table And Chairs With Storage

Want up to 80% OFF exclusive offers? Check The Sales